The domestic league and cup competitions in Europe have come to a close this past weekend.

Now, the focus for 12 European teams is becoming the champions of Europe.

After these games there will be the official quarterfinal matchups.

About 3 months ago, when we were going through the toughest moment of the global pandemic there was very little hope of the professional game finishing. Especially after the decision was made to postpone the Euro.

Thankfully, we returned to watching games being played at the highest level only without fans present in the stadiums.

These final games in Champions will be interesting to see.

This has to be one of the most difficult seasons ever for all of the clubs that remain and for this reason it makes it harder to predict a winner.

The final will be played at a stadium that our Academy happens to be very familiar with!

Our Partners S.L. Benfica will host the finals at Estádio da Luz.

We all are looking forward to the upcoming games and witnessing which teams will make it to Lisboa! 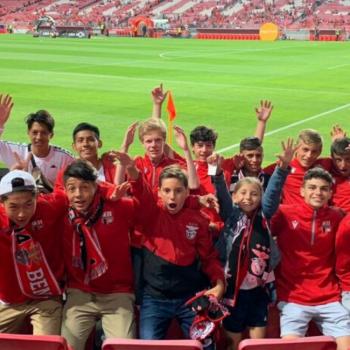